Last month I attended my very first vendor show- the Christmas in July event put on by the Pueblo Businesswomen's group. Each vendor gave out two prizes at their table to the lucky winners who had the right number on the bingo cards given out at the door.


I manned my table for several hours and as we neared the end of the show I still had one of my prizes- a free mini session. I was seriously starting to wonder if the person who had my special number was going to show up! Finally, about half an hour before the end of the show a lady walked up to me very excited and asked if I was table number 37. I sure was! Seeing how happy my sweet prize winner was just thrilled me to pieces!


Last week I got to meet with the prize winner and her little girl Madison for a lemonade stand mini session. Little miss Madison showed up with a toy in hand and like any kiddo wanted to roam around the park and check everything out. Madison has autism and so it was very important to me that she be comfortable during our time together. We walked around the park a bit while she warmed up and she “helped” me take a photo of her mama.

When a toddler stands behind the lemonade stand I know that one of two things is going to happen- they’re going to put the lemons in their mouth or they’re going to toss them into the pitcher of lemonade. Madison was a tosser, and boy was she good at it! Lemon after lemon found it’s way into the pitcher until it finally ended up overflowing! We were super lucky, and even though Madison’s mommy wondered if we’d be able to; we caught a smile! We danced around like fools and played silly games to get her to look at the camera, but in the end it was worth it because we got Madison’s beautiful smile. Since we were shooting at a park, there were a lot of sights and sounds to capture Madison’s attention. At one point birds settled at the far edge of the grassy area where we were and she ran off after them until one finally flew into a tree. Madison ran to the tree while I ran around the tree and climbed up in it from the back. As she looked up trying to find the birdie she glanced right into the camera. I think this is one of my favorites of her, it makes me wonder exactly what she’s thinking. 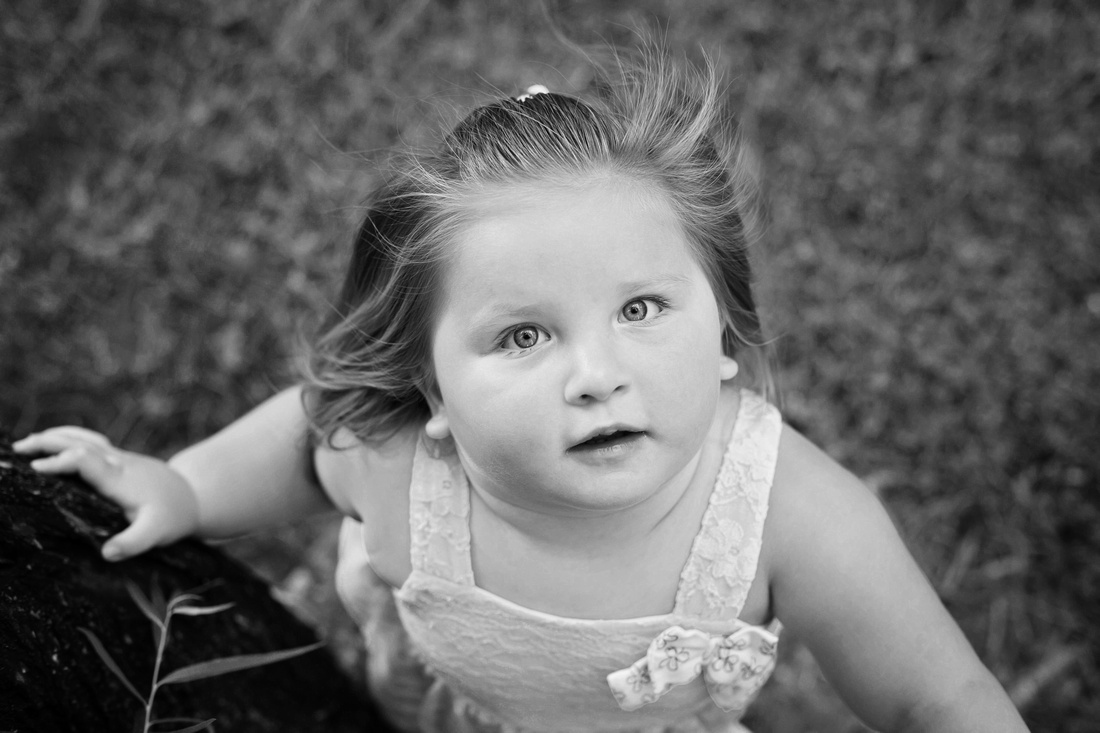 We finished up Madison’s session sitting in front of the lemonade stand. She had fun piling all the lemons up in her arms and tearing all the straw out of the crates! Madison was so much fun and as her mama puts it a little “fireball”! 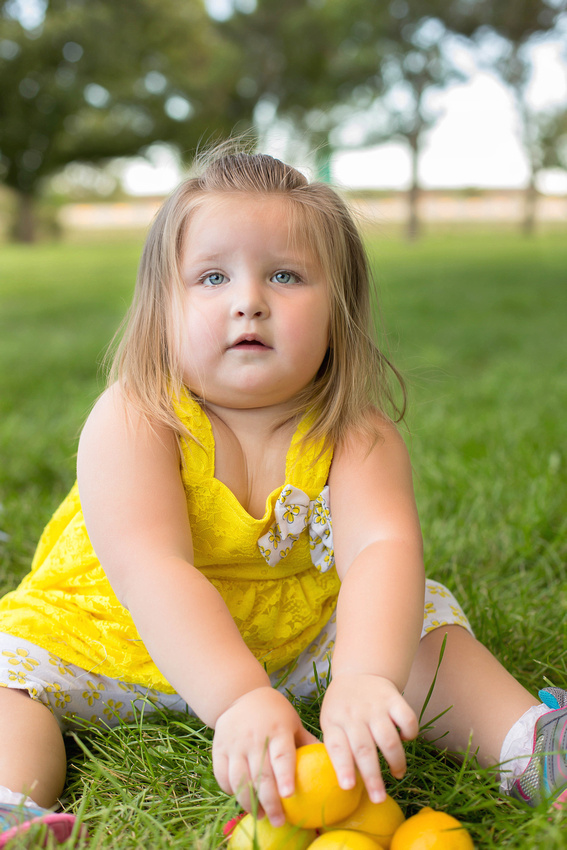